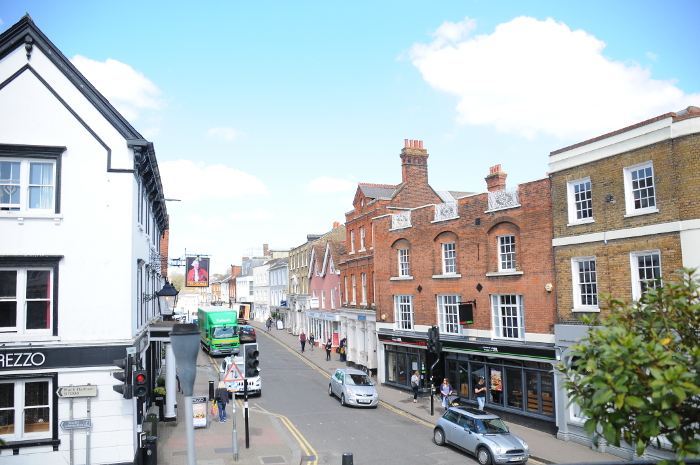 Bishop’s Stortford lies on the River Stort, a historic market town in the East Herts district of Hertfordshire. It is situated east of the M11, approximately midway between London and Cambridge, with fantastic mainline railway links to London Liverpool Street and 4 miles east of London Stansted Airport.

The town is situated on the Roman “Stanes Road” and was bought by the Bishop of London in 1060 for just 8 pounds. Originally named Steort-ford (meaning “Tail Ford”) it was renamed Bishop’s Stortford when purchased. A local misconception is that the town is named after the river but it is in fact the other way round. Bishop’s Stortford is now home to around 40,000 people and is very popular with commuters, due to its mix of High Street brands, eateries and great transport connections to London.

Bishop’s Stortford is famous for its former inhabitant Cecil Rhodes. Cecil Rhodes grew up in Bishop’s Stortford but moved to South Africa at the age of 17 due to ill health in the hope the warmer climate may help. In 1871, when he was 18, and over the next two decades Rhodes gained near-complete domination of the world diamond market. His De Beers diamond company, formed in 1888, retains its prominence into the 21st century. Rhodes and his British South Africa Company founded the southern African territory of Rhodesia (now Zimbabwe and Zambia), which the company named after him in 1895.

Further information can be found at the town’s Rhodes Art Complex & Museum.