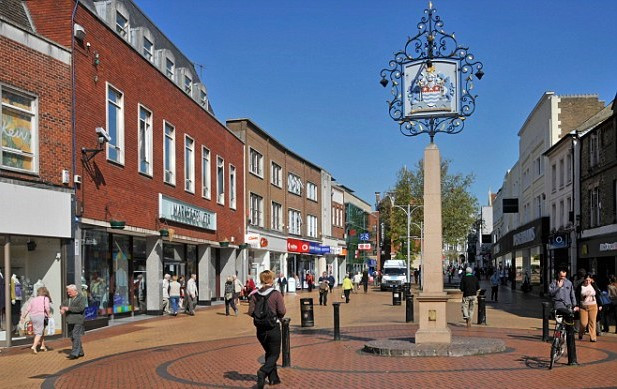 Chelmsford the principle city of Essex lies on the Rivers Chelmer and Can, a vibrant city in the heart of Essex. It is located on the very popular A12 corridor, approximately midway between London and Colchester.

Chelmsford’s heritage began with the arrival of the Romans in 60 AD. Chelmsford was then named Caesaromagus (meaning “market-place of Caesar”), giving it the great honour of bearing the name of Caesar – the only town in Britain to do so. Today Chelmsford and the ever expanding outer parishes of Broomfield, Great Baddow, Galleywood, Writtle, Moulsham, Widford, Springfield and Chelmer Village is home to around 170,000 people. Chelmsford’s popularity is largely due to the great commuter links to London with train journeys taking approximately 30-35 minutes into London Liverpool Street Station.

Throughout its history, Chelmsford has played host to a number of famous figures including Charles Dickens, the Duke of Wellington and Oliver Goldsmith. However the cities highest accolade is the title of “Home of Radio” due to the worldwide pioneer Guglielmo Marconi, the inventor of wireless. In 1899 Marconi’s Wireless Telegraph and Signal Company opened the world’s first radio factory in Hall Street and the first entertainment radio broadcast was made from Chelmsford on 15th June 1920.

Today Chelmsford is a first-class city with excellent shopping facilities, international restaurants, fantastic attractions, and a lively nightlife, the appeal of Chelmsford is obvious. Chelmsford is also host to many exciting events throughout the year namely the renowned V Festival at Hylands Park.